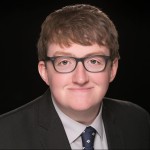 Jake Williams is an award-winning publisher and journalist based in Brussels, Belgium.

Currently, Williams is the Associate Publisher & Director of Strategic Initiatives for StateScoop, where he focuses on technology initiatives and policies in state and local governments. Williams and his team at StateScoop are recipients of the 2018 Online Publication of the Year award from the American Society of Business Press Editors.

As StateScoop’s associate publisher, Williams and his team have helped grow annual traffic and revenue by more than 100 percent, year over year. During his time as a reporter, Williams covered the federal government, including the White House, Congress and several cabinet-level departments. He also focused on the emerging technology beat and tracked the integration issues surrounding unmanned aircraft systems.

In addition to StateScoop and other Scoop News Group properties, Williams has been published in The Huffington Post, Campaigns & Elections magazine, PoliticsPA.com and several local and regional newspapers in Pennsylvania.

by Jake Williams • 2 weeks ago

The new program features an online, asynchronous classroom that allows students to participate in classes and pay per credit later.

by Jake Williams • 2 months ago

A new study from university researchers offers the central Ohio region six ideas to prepare for jobs of the future.

by Jake Williams • 2 months ago

The app, which tracks users’ exposure to coronavirus, was piloted at two campuses and will expand to five more in the University of California system.

by Jake Williams • 5 months ago

A new collection of resources for university faculty draws insight from a nationwide student survey that identified challenges students faced following the shift to remote learning during the pandemic.

Universities are getting creative to manage COVID-19 challenges

by Jake Williams • 5 months ago

At some higher education institutions, unique research efforts have been thrust into the center of operations as administrators seek fresh data and techniques to manage the pandemic into the fall.

by Jake Williams • 7 months ago

Google says it will consider completion of the Coursera-based programs, which begin this fall, the equivalent of a four-year college degree.