The Federal Trade Commission announced last week it’ll award $822,000 to borrowers who fell victim to a scam that promised relief for student debt.

The more than 14,500 checks going out stem from a complaint the FTC first filed in 2019 against a group called Student Advocates, which was found to have charged exorbitant up-front fees and steered victims toward high-interest loans in exchange for false promises of eliminating their debts.

According to the FTC’s original complaint, Student Advocates used tactics including targeted online ads and social-media campaigns to gather information on people having trouble making their student loan payments and then manipulating them into predatory loans. Victims were also charged up-front fees of as much as $1,400, according to the complaint.

“None of the money collected by the defendants was paid toward consumers’ student loans,” an FTC press release read.

Under the terms of a stipulated final order the commission and Student Advocates reached in May 2021, the company was banned from offering debt-relief service, prohibited from collecting further payments and required to pay additional relief.

The FTC said people who receive checks as part of the Student Advocates settlement should deposit them within 90 days. 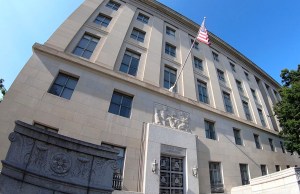