Open educational resources (OER) do a lot more for college students than just save them money, according to a sweeping new study from the University of Georgia.

The study, which compared the final grades of 21,822 students enrolled in eight undergraduate courses between 2010 and 2016, found that students who were given OER early in the semester got significantly better grades, as a group, than those who were not. As part of the study, 11,681 used the commercial textbooks while 10,141 students used free textbooks from OpenStax , a major OER provider that operates out of Rice University in Texas.

One reason for this trend, according to the report’s authors, is students have more access to free materials and are more likely to use them, as opposed to purchasing commercial textbooks. The study also states that faculty and students believe OER is higher-quality than traditional books.

Thanks to the free digital resources, students collectively saw better results on their end-of-course grades in subjects including biology, history, psychology and sociology. Pell recipients, part-time students and underserved populations all benefited from the materials.

The study’s authors stated that these findings signal to college leaders that OER has more advantages than what has been previously known or reported.

“A new opportunity appears to be present for institutions in higher education to consider how to leverage OER to address completion, quality, and affordability challenges, especially those institutions that have higher percentages of Pell eligible, underserved, and/or part-time students than the institution presented in this study,” according to the analysis.

As part of the study, professors teaching the eight courses switched from a commercial textbook costing $100 or more to a free digital textbook.

According to the report, “when evaluating faculty perception, a majority of the faculty rated OER equal or superior to traditional resources in terms of current content, ease of use, efficacy, trusted quality and cost.”

Additionally, the University of Georgia began encouraging its faculty who taught large-enrollment courses to adopt OER in summer 2013. By the end of the fall 2017 semester, an estimated 37,985 students enrolled in these courses switched from expensive textbooks to open resources — and, as a result, collectively saved more than $3 million.

C. Edward Watson, co-author of the study, told Inside Higher Ed that instructors were not pressured to use OER, but rather be more mindful of the cost associated with textbooks.

“I’d take them for coffee and talk about the options,” Watson, who now works at the Association of American Colleges and Universities, told the news outlet.

“Like many institutions pursuing OER, the goal was to decrease the cost of higher education and student debt by helping faculty find and adopt free, high quality, online textbooks,” according to the study.

While the report highlights other benefits to OER besides cost savings, some experts argued that it is not conclusive, as only one educational institution is being scrutinized.

“These are promising results, but as is almost always the case, we need more rigorous research to parse out these positive effects,” Robert Kelchen, assistant professor of higher education at Seton Hall University, told Inside Higher Ed. 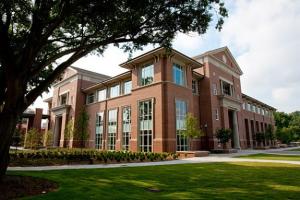