Colleges and universities no longer dominate the national credential marketplace, according to a new analysis by the non-profit group Credential Engine.

Of the 1,076,358 unique credentials identified in the report published Wednesday, more than half are offered by non-traditional education providers, such as businesses and professional organizations — a shift from 2018, when Credential Engine conducted its first study.

While traditional two and four-year institutions still play a significant role in the credential marketplace, they aren’t as fast-moving as non-academic organizations in meeting the needs of employers, who want highly specific training — quickly — for their employees, Scott Cheney, Credential Engine’s CEO, said in an interview.

“We have a very open and dynamic marketplace,” Cheney said. “The barrier to entry is low if you want to start providing credentials.”

This is the fourth time that Credential Engine has attempted to count the total number of secondary and post-secondary offered in the United States. This year’s report is the first to exceed 1 million unique credentials.

Since its creation in 2016, Credential Engine partnered with 29 states and other jurisdictions, which assist in collecting and reporting data to a central repository. The organization also publishes a credential registry, which can be searched by people looking for their next career or education move.

“This work is all about transparency,” Cheney said. “Transparency for individuals trying to make sense of that market, employers trying to understand and quantify skills, and policymakers working to invest in the development of pathways to economic mobility.” 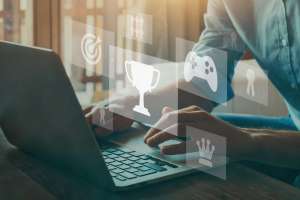