Howard University canceled classes on Tuesday after experiencing a ransomware attack ahead of the Labor Day holiday, according to a university announcement.

The historically Black university in Washington, D.C., shut down its network on Friday after spotting “unusual activity” and is limiting physical access to campus while investigating the scope of the attack, according to the statement, which was signed by Howard’s chief operating and academic officers. The campus’ wireless network remains offline, and investigators have not found any evidence that attackers gained access to personal information, the statement reads.

Howard said it will share an update each day at 2 p.m., but warned that “remediation, after an incident of this kind, is a long haul —  not an overnight solution.” The university did not disclose whether a ransom had been paid.

“This is a highly dynamic situation, and it is our priority to protect all sensitive personal, research and clinical data,” the statement reads. “We are in contact with the FBI and the D.C. city government, and we are installing additional safety measures to further protect the University’s and your personal data from any criminal ciphering.”

Ahead of Labor Day weekend, the FBI and the Cybersecurity and Infrastructure Security Agency alerted businesses and agencies that ransomware attackers are increasingly taking advantage of holiday weekends. The alert cited several high-profile examples, including a ransomware attack that interrupted the meat supplier JBS over Memorial Day weekend and the compromise of the IT provider Kaseya — which affected more than 1,500 organizations — that was discovered just ahead of the July 4 holiday. 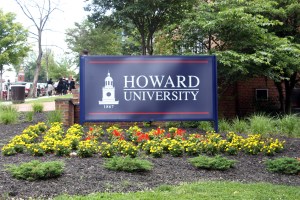