The role of technology — and, by extension, the way we interact with the world — is on the precipice of a dramatic shift, and educators must be the first to adapt, according to Michio Kaku, an internationally renowned American physicist.

Artificial intelligence, virtual reality and augmented reality will make up the next wave of technological transformation, he said. They, in turn, will revolutionize not only the jobs people can pursue but the skills they should learn.

“Education is going to change,” said Kaku, a futurist and co-founder of the string field theory, during a keynote address Wednesday to higher education IT professionals convened in Philadelphia for the 2017 EDUCAUSE annual conference. “We’re not going to emphasize memorization so much in the future. … Memorization will mean less and less,” Kaku said.

Kaku described a world — one achievable within the next 20 years, he said — in which humans can access the internet through something as intimate and intuitive as their contact lenses.

So, in this future world, where “people will blink and have access to information,” recording and regurgitating facts will be less important. Instead, other qualities and skills will be in higher demand, meaning education systems — and educators — will need to adapt to keep up.

“Educators have to stress concepts, principles, rather than the details we can get by [going online],” he said. He also said educators will need to focus more on mentoring, career guidance and counseling as artificial intelligence and ubiquitous access to knowledge increasingly propel how students learn. “Mentoring can’t be done by robots,” he said.

Automation will soon phase out many of the traditional jobs students today expect to fill, Kaku added. “The digitization of society is inevitable,” he said. “[But] there are certain things that can’t be digitized, and they will be the job markets of the future.”

For example, lawyers will still be needed because only they can appeal to a jury, address a judge and argue a case in court. 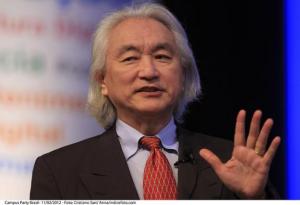 With mass automation ahead, educators must pivot, futurist tells IT leaders