The Department of Education plans to update its guidance for auditors and higher education institutions reviewing contracts with online program managers, or OPMs, according to a report released last Friday.

The U.S. Government Accountability Office, Congress’ auditing arm, recommended that the department clearly lay out expectations for sharing information, following a lengthy review of how a ban on incentive compensation for OPMs is enforced. Federal law blocks colleges from paying companies or individuals bonuses, raises or commissions for bringing in additional students.

More than 550 higher education institutions work with OPMs as of July 2021, covering nearly 3,000 online programs, according to the report. Online program management companies, which provide marketing and recruitment services, often operate under a tuition-sharing agreement, which can scale with the number of students.

And as the OPM business ballooned during the COVID-19 pandemic, several senators raised concerns over whether that tuition sharing violated the incentive compensation ban.

Recruitment is a common OPM service

Recruiting makes up a significant amount of the OPM business, according to the GAO report. Five of seven leading OPM providers told investigators that their companies offer services that “almost always” include student recruiting.

Recruiting, marketing and marketing analytics were the three most commonly-used OPM services among colleges, according to a third-party survey cited in the GAO report.

The survey, published by Eduventures Research, also covered the extent of tuition-sharing — 25 out of 32 colleges that use OPMs for student recruiting pay those vendors through a tuition-sharing agreement. Of those schools, about one-third said they pay between 41% and 60% of online program tuition to their OPM.

Colleges and OPMs are subject to certain conditions to satisfy the prohibition on incentive compensation, such as bundling student-recruitment services under tuition-sharing agreements, according to Education Department guidance published in 2011.

But the GAO found that the department may not receive enough information to scope out potential violations when auditing colleges, which could result in students not being protected from “predatory recruiting practices.”

The Education Department has found incentive compensation violations during 16 compliance audits and five program reviews since 2012, but none were related to an OPM, according to the report. But government audits might not be gathering all the right information, with colleges not understanding what information they need to share on their OPMs.

“As colleges’ use of OPMs has grown, [the department] started to review more OPM arrangements,” the GAO report reads. “Education officials told us the agency is currently conducting five program reviews involving OPM arrangements, but these reviews are ongoing with no final decisions yet. Education officials said that they have learned a lot about the OPM industry in recent years and believe that additional instructions are needed for college officials.”

The GAO’s recommendations include requiring auditors performing compliance or program reviews to ask specifically about OPM contracts and ask for copies of OPM staff compensation if student recruiting is involved. The Education Department should also require institutions working with OPMs to identify which contracts involve recruiting and provide compensation information.

Richard Cordray, the Education Department’s chief operating officer for federal financial aid, wrote in a response to the GAO that that the department agrees with the recommendations and plans to review its 2011 guidance. By updating the guidance, institutions can better keep the documentation necessary, he wrote. 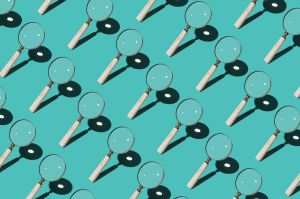