On Friday, educational organizations around the world participated in Hour of Code, an annual event designed to spur interest among students in computer programming. North Dakota was among them, except government leaders say the state’s participation was unique because it represented the first instance of coordinated participation in the coding event across both K-12 and higher education.

Hour of Code was held about 100 schools and involved more than 6,000 students in North Dakota, according to state officials. The high participation rate in the state was said by leaders like Gov. Doug Burgum to be a critical precursor for future student success in the workplace.

“Teaching students 21st-century technology skills like coding can help them succeed in any career, and we celebrate the thousands of students, educators, administrators, and volunteers who are participating in Hour of Code,” he said in a press release.

According to a 2018 Microsoft study, 50 percent of parents say they believe coding and computer programming to be the most beneficial subjects for the future employability of their children.

Held in hundreds of other schools around the globe and in about 180 countries in total, Hour of Code was for many the highlight of computer science education week, an annual event originally conceived by the Computing in the Core coalition. The week falls on the birthday of Grace Murray Hopper, the U.S. Navy rear admiral best known for her groundbreaking work in computer science.

For the full story, read Betsy Foresman’s article on StateScoop. 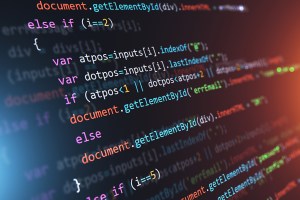