High school students protested the use of surveillance equipment in public schools outside of Gov. Andrew Como’s Manhattan office Thursday.

The event aimed to draw attention to $30 million in state grants being used for the purchase of surveillance technology such as video monitoring and facial recognition software, students said.

This is not the first time that video surveillance technology in schools has created controversy. The American Civil Liberties Union called surveillance cameras ineffective and a violation of student privacy rights after 17 cameras were installed in Colorado’s Boulder High School District in 2001 following the 1999 school shooting at Columbine High School.

Last year, after Lockport City School District in New York purchased cameras and facial recognition technology for use in its schools, the ACLU urged the New York State Education Department not to allow the technology to be installed, upholding its stance against video surveillance.

“These systems infringe on the privacy rights of students, parents, and staff,” the group said.

On the other side of the argument, administrators and parents have lobbied for cameras and surveillance systems in schools, emphasizing the safety benefits the technology can provide.

In one such case, the West Virginia legislature took up a bill in February that would require schools to monitor special education classrooms with video cameras following request from parents and student advocates.

At the South by Southwest conference in Austin, Texas, earlier this month, though, ACLU senior counsel Chad Marlow encouraged school administrators to think carefully about whether the use of surveillance technology in schools provides enough safety benefit to justify the potential invasion of privacy and First Amendment rights. 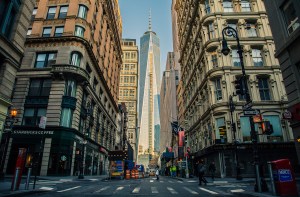