Strategic planning for edtech is an endless journey — and not just because of constantly evolving hardware and software. Upgrading infrastructure, device maintenance, and ongoing professional development, in addition to program and device costs, means tech initiatives need permanent budget lines that take into account the total cost.

In a recent webinar hosted by edWeb.net called “Strategic Technology Planning and Investment,” which is part of CoSN’s Empowered Superintendent series, three superintendents who’ve been in the trenches for all aspects of district edtech plans discussed effective financial planning for technology.

Using CoSN’s blueprint for smart IT decisions as a guideline, the three superintendents explained how to align priorities, and balance choice with cost and outcomes to creative sustainable programs.

It’s also looking at the potential changes, said Dr. Gabe Soumakian, CEO and founder of Sup Du Jour Consulting Group. For example, what happens when a software or hardware company goes out of business — are they prepared to adapt to other systems?

A lot of schools get upfront money from a source, like a grant, but how are they going to sustain the program? Once people start using it, the school doesn’t want to crush dreams because it stops working.

Randy Squier, superintendent of Coxsackie-Athens Central School District in New York, added that by looking at the total cost, administrators avoid scenarios where they rush to buy the hardware but don’t have the network to support it. For him, one of the first steps is to pause, ask why they are creating the plan and what they need at every level to implement that goal.

Similarly, Ann Linson, superintendent of East Noble School Corporation in Indiana, said that understanding the total cost also means having a focus for the edtech initiative. When there’s no focus or clear plan for why the district is implementing the technology, the budget will go astray.

Schools need to balance their learning goals and desired impact on the students and teachers with a realistic budget. For example, while Linson’s district avoided grants for most of its initiative, administrators knew that many teachers would need assistance using the new digital tools. The district applied for grant money for technology coaches because leaders thought they might only need them for a couple of years. However, between new staff members, changing technology, and new learning goals, the tech coaches became permanent positions, and Linson had to add them to the budget.

For Squier, the challenges came when looking at the value of the technology for the students versus the cost. For example, his district decided to stop hosting applications on-site and moved them to the cloud. In addition, the district transitioned to e-books to save on cost. The district has slowly built everything into the budget, and after seven years he said budget lines are steady.

In any good budget, said Soumakian, boards should base spending on their goals and strategic priorities. So, if a priority is to be able to measure student outcomes based on new tech initiatives, then the board needs to reprioritize and invest in that goal.

More important, said Soumakian, administrators shouldn’t have to explain that technology is essential. The world of work is changing, and schools should be preparing students for it. Teaching them how to use tech wisely as well as the skills they’ll need for the new workforce and the new jobs should be an essential component of the budget.

“We would have embedded it more with instructional change as well. Technology can do a lot of great things: it can also amplify substitution, amplify the worksheet mentality a little bit,” he said when asked what he would do differently. “So, I think going back, we would have had parallel, interlocking coaching and work and training on moving from that teacher-centered to student-centered model … and using the tech to really accelerate that.”

Ann Linson is in her ninth year as superintendent of East Noble School Corporation, which serves 3,600 students in rural northeast Indiana. She’s been a classroom business teacher at the high school and post-secondary levels, assistant director of a vocational cooperative, principal at East Noble High School, and assistant superintendent at East Noble School Corporation. Ann earned her bachelor’s, master’s, and Ed.S. degrees from Ball State University in Muncie, Indiana. She was selected to participate in the Future Ready Superintendent Briefing with the U.S. Department of Education Secretary in October 2016. Ann also attended the 2014 White House Connected Superintendents Summit and was named a 2012-2013 NSBA Technology Leadership Network 20 to Watch Educator. During Ann’s leadership at East Noble School Corporation, the district received the Indiana Chapter of CoSN’s Excellence in Vision Team Award, was selected as a Project Red Signature District and selected to the Digital Promise League of Innovative Schools.

Randall Squier is currently the superintendent of schools for Coxsackie-Athens Central Schools in New York, which are located 20 miles south of Albany on the Hudson River. Randy is in his eighth year at Coxsackie-Athens Central Schools and 14th as a superintendent, previously serving Oxford Central Schools for six years. He has presented regionally, statewide and nationally on topics that have a foundation in professional learning communities and innovative schools. Coxsackie-Athens Central Schools is currently ranked first in the nation by the National School Boards Association for its digital conversion that includes providing a mobile device for every student in K-12 as well as shifting most back-office storage functions to the cloud. For the last seven years, Coxsackie-Athens’ graduation rate is 16 percent higher than the previous eight years. The district was one of three schools recognized nationally by ISTE for its digital badge program. Randy was a Tech & Learning Magazine runner-up for 2017 digital leaders.

Dr. Gabe Soumakian is the retired superintendent of Oxnard Union High School District in Oxnard, CA. He is the founder and CEO of Sup Du Jour Consulting Group in Ventura, California. He has been involved with and presented at numerous leadership state and national organizations on topics of human resources, 21st century learning, personalized learning, CTE and Linked Learning Convening. Dr. Soumakian is also supporting school districts in addressing fiscal challenges due to the increased cost of pension and medical premiums by examining operations efficiency. As the founder of Sup Du Jour Consulting Group, he works to assist districts on innovative cost reduction strategies. Dr. Soumakian has more than 35 years of education experience, including 18 years of high school teaching.

Ann McMullan is a 34-year veteran educator who served as the executive director for educational technology in the Klein Independent School District, located just outside Houston, Texas until September 2013, when she and her family moved to Los Angeles, California. For 16 years Ann led the team in Klein ISD that provided professional development on technology and 21st century instructional strategies to more than 4,000 professional educators serving more than 50,000 students. During that time Ann also co-chaired the Texas Education Technology Advisory Committee which developed the Texas Education Agency’s Long Range Plan for Technology, 2006-2020.

Today, she is based in Los Angeles, California, working as a public speaker, writer, and independent education consultant focused on supporting leadership, visioning and planning to meet the needs of today’s students. She is a frequent presenter at state, national and international education conferences. Ann serves as project director for CoSN’s Empowered Superintendents initiative. She serves on the board of PowerMyLearning Los Angeles and on the advisory board of Project Tomorrow. In the fall of 2016 Ann co-authored and published Life Lessons in Leadership: The Way of the Wallaby.

The edWeb webinar referenced above, co-hosted by CoSN and edWeb.net and sponsored by ClassLink, can be found here. 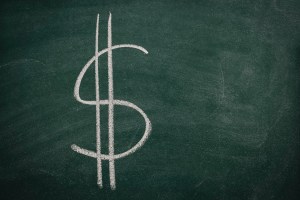 How to plan for your edtech’s total costs