The Federal Communications Commission received a petition with signatures from more than 800 organizations on Wednesday urging the federal agency not to commercialize a wireless service that has traditionally been dedicated to serving educational institutions and nonprofits.

The petition coincides with an anticipated decision by the FCC to dispense with many of the requirements controlling who can hold a license for its Educational Broadband Service, opening up licenses to commercial broadband providers. Currently, only accredited educational institutions and nonprofits can hold licenses or lease excess capacity to private industry.

The proposed rule change, introduced in 2018, seeks to allow more flexible use of the spectrum by eliminating “outdated educational use requirements,” according to the FCC.

“We believe a decision from the FCC is imminent,” said Katherine Messier, executive director of EBS provider Mobile Beacon, which helped organize the petition. “Given that most of the available EBS spectrum is in rural parts of the country, it’s critical that the FCC continues to give educational institutions first priority to obtain an EBS license and use this spectrum to serve their communities.”

Set up by the federal government more than 50 years ago to support schools, EBS now connects tens of thousands of students to the internet. EBS licensees can provide access to a dedicated band of wireless spectrum via Wi-Fi hotspot rental programs or local wireless networks, or lease the spectrum to internet service providers who can in turn provide connectivity to schools.

However, the FCC has not granted any licenses for the spectrum since 1995, leaving 50 percent of U.S. residents — primarily those in rural areas — without access to this critical resource, according to petition organizers. This is one reason many public interest, education and commercial organizations signed the petition to voice opposition to the FCC’s plan.

EBS is the only remaining portion of the spectrum band reserved for education, said Messier.

“Auctioning EBS spectrum to the same commercial entities that already have access to 625 MHz of spectrum in these same rural areas is not a solution,” she said.

Urging the FCC not to make changes to the licensing terms, 830 concerned individuals and organizations, including Mobile Beacon, the Consortium for School Networking, the State Educational Technology Directors Association, and the nonprofits SHLB Coalition and Voqal signed the letter sent to the FCC’s commissioners.

“EBS provides substantial educational benefits and must be protected,” the letter reads. “The Commission should resist efforts to commercialize the band.”

The petition also highlights the importance of new EBS spectrum leases to drive rural internet connectivity in areas in which the commercial sector has failed to serve, as well as to close the homework gap that puts students without internet service at a significant educational disadvantage. 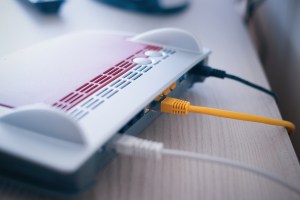