To make its schools safer, Nevada is giving administrators a look at schools through the eyes of students. The state has compiled years of data on students’ perceptions of their schools, which it’s assembled for schools and officials to parse via an online tool released Monday.

Nevada has been counting on this kind of data to improve school environment and safety since 2015, when it forged a partnership with American Institutes for Research to administer annual surveys to students on school climate. Students are asked to agree or disagree with statements like “I feel safe at this school,” or “Adults working at this school treat all students respectfully.” Such surveys are common diagnostic tools in many districts, but Nevada has bigger plans for the initiative.

“It’s one thing to collect data, but if it’s not useful then you’re sort of wasting people’s time,” Amber Reid, an education program professional with Nevada’s Department of Education who heads up the climate survey initiative, told StateScoop. The tool, which the state released jointly with AIR, aims to put the data “in the hands of school administrators,” she said.

For the last two years, Reid and other officials have traversed Nevada on a “data roadshow,” trying to make school data more useful for districts. Each fall, her team began sitting down with school officials to teach them to use data to solve problems. Last year, they cross-referenced school climate data with figures from other sources to help fix chronic absenteeism in schools.

Those conversations, Reid said, made it clear that administrators needed a more accessible way to look at the huge volume of data that the climate surveys produced.

The tool maps out students’ survey results over time, comparing an individual school’s performance to statewide or district-level trends. For small or rural schools, which often don’t compare well against state benchmarks, local comparisons are key to for schools to gauge their performance, Reid said. The tool will soon have a “peer-matching” feature that lets schools compare their results with those of other specific schools.

It also fractures school climate into four areas: physical safety, emotional safety, cultural and linguistic competence, and relationships, which can allow district officials to identify exactly what issues students are seeing in their schools. Administrators can filter all of those results by the gender, age, race and ethnicity of student respondents, to see if climate perceptions differ based on demographics — and they often do.

Some schools, for example, appear to have wide disparities in perception of school climate and safety based on a student’s race. At most high schools with sufficient data in one of Nevada’s largest districts — Washoe County — higher proportions of black students gave their school lower ratings on cultural competency than did white or Hispanic students, though the results varied by school. It’s important, Reid said, that those discrepancies are visible to schools and parents so that everyone is “on the same page.”

And overall, Reid said, the data is trending upward.

“We’ve seen the climate improve across the constructs and across the state from year to year,” she said. Within that, though, other trends can help direct programming and funding decisions, by both district and state-level policymakers.

“Our students consistently, across the state, reported feeling safer physically than they do emotionally, which is good data to have when you’ve got funding decisions to be made,” she said. That conclusion will help guide the grants given out of the $75 million pool of money that Nevada put toward school safety across several bills during this year’s legislative session.

Underlying Nevada’s focus on school climate is the idea that a higher quality of life at schools means increased safety. “When you think about things like bullying behaviors, harassment, the relationships in the building, how students interact with each other and how the adults in the building interact with the students — those things are all critical in establishing the culture and climate that you would want to have to support a safe environment,” Reid said.

According to a provision of a new school safety and achievement bill, which became state law on May 31, principals now must include school climate considerations in the improvement plans they submit annually to the state Department of Education. This year, Reid said, she hopes they look to the data tool as they map those plans out. 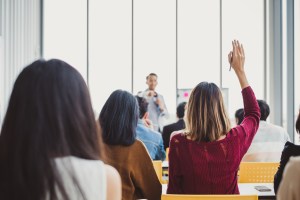