In its latest attempt to help colleges and universities recruit and retain students, Modern Campus this week announced the launch of a suite of prepackaged text messages that administrators can send to current and former students.

Modern Campus, best known for developing enterprise software platforms for content management and student lifecycle management, on Thursday released what it calls the Signal Vine Playbook for Stop Outs. The playbook contains messaging designed to nudge students toward behavior that increases their chances of success or to re-enroll.

The playbook falls under the company’s Signal Vine brand, an AI-based messaging platform designed to run campaigns that “help institutions disrupt enrollment decline and drive students back toward their education,” according to the Modern Campus website. New figures released last month by the National Student Clearinghouse showed that enrollment figures continue to decline, surprising experts who expected a rebound by this year.

“Higher education is facing an enrollment and persistence crisis. There are 1.4 million fewer students enrolled today than there were in 2019, and student debt is continuing to spiral,” Reuben Pressman, chief product officer at Modern Campus said in a press release. “The Signal Vine Playbook for Stop Outs is a critical resource—backed by research—designed to help colleges and universities support their learners by identifying their challenges early and by reducing their barriers to returning and completing their education.”

Modern Campus and other edtech firms have increasingly targeted text messaging as an effective way to reach students — the company says its new playbook helps institutions “prompt students to discover resources available from the institution that will help them overcome personal obstacles and get back on track.”

The company claims that the playbook, when tested at universities during its development, drove $2 million in revenue at one institution and boosted enrollment 400% at another. It claims Cincinnati State Technical and Community College used the tool to recover 336 former students. 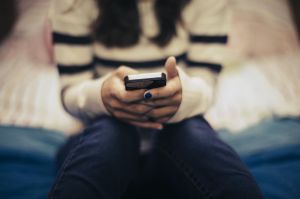